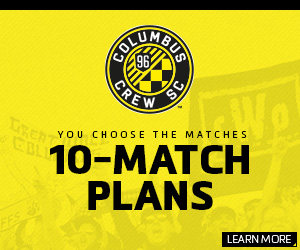 The scoring barrage was a boost to Crew SC's confidence after many chances in its previous two matches were unlucky to hit the woodwork or just narrowly miss.

"It’s never easy, playing against teams that you don’t really know anything about," Kamara said after the match. "For us, it was really just to continue to play the way coach wants us to play.

"It’s always nice to get a few goals in, so it definitely gets the fire blazing a little bit."

Added Sporting Director and Head Coach Gregg Berhalter: "The important thing is just getting the opportunity to finish the ball, put the ball into the back of the net. That was most important today."

The club continues to build its fitness as most players saw 45 minutes of action in the victory. With just 17 days until the Black & Gold's 2015 opener in Houston on March 7, Berhalter plans to continue increasing his players' minutes in Crew SC's remaining preseason matches.

The increased minutes will also help Berhalter and his staff determine a starting XI.

"We’re right in the middle of preseason right now, and it’s important to move the whole team along in the right way," he said. "I think we’ve been doing that so far. As this tournament goes on, we’ll start to increase some of the minutes. This is a good opportunity for the guys to show themselves."